Richard Howarth is a highly experienced senior banker. He has a strong understanding of how business in Africa works and an extensive network of contacts built up over the past 20 years. 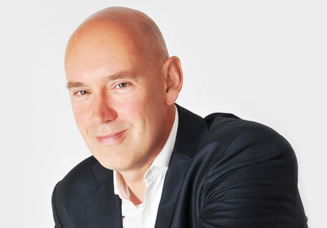 Richard spent 34 years in the banking industry working in a senior management position for Barclays and Standard Chartered. He began his career on the shop floor, but soon progressed onto Barclays' Management Development Programme whilst studying for his professional banking qualifications. His career as a corporate banker developed rapidly. In the early 1990's Richard was appointed to head the Corporate Business at Barclays' Northumberland Avenue International Branch. It was in this role that he first travelled to Africa. He moved to Barclays International Private Bank in 1996 and became a regular traveller to the continent, finishing his time at Barclays as Head of their African Private Banking business. In this role he travelled to Angola, Benin, Botswana, Cameroon, Ghana, Kenya, Mauritius, Nigeria, Sao Tome and Principe, Seychelles, South Africa, Tanzania, Togo, Uganda and Zambia. In 2009 Richard moved to Standard Chartered to establish their Private Banking team for Africa.

Richard has strong connections throughout the financial services industry. He is an Associate of the Chartered Institute of Financial Services and holds their Financial Studies Diploma qualification. He is a keen golfer and enjoys gardening and collecting African art.